Hjelp 113 GPS is a life saving app, giving you precise GPS coordinates to your location if you are in need of medical assistance. Several times the app has been key in locating people in need.

Stiftelsen Norsk Luftambulanse (Norwegian Air Ambulance Foundation) is a Norwegian non-profit foundation promoting and operating helicopter air ambulance services. As the leading operator of air ambulances in Norway, we have helped them develop an app for people to be able to precisely give their GPS-location to the emergency switch board.

The app we hope you never have to use

Designing for a worst case scenario can be a daunting task. Fool proof interaction, high readability and contrast, accessibility and vocabulary. We’ve done extensive research, testing and iterations of the design and technology to optimize the app as much as possible. The app has also been user tested under high duress and with blind users.

When you need the app, there might not be light, your glasses might be broken or your hand might be injured… We’ve optimized the app for such occasions, but we sincerely hope you never have to use it. But if you do, this app will help the medical team find you faster!

The app is among Norway’s most downloaded apps, with over one million downloads (2019). Several times the app has been a key part in locating people people in need, such as in the mountain, and rescued them in time.

“When you are out there, you often don’t know exactly where you are. It might be a loved one that needs help. You get stressed, and it is common to panic. But it’s easy to press a button and give your coordinates to the AMK-center. That way they can focus on providing emergancy advice instead of focusing on localizing you.”
– Geir Arne Mathisen, Pilot 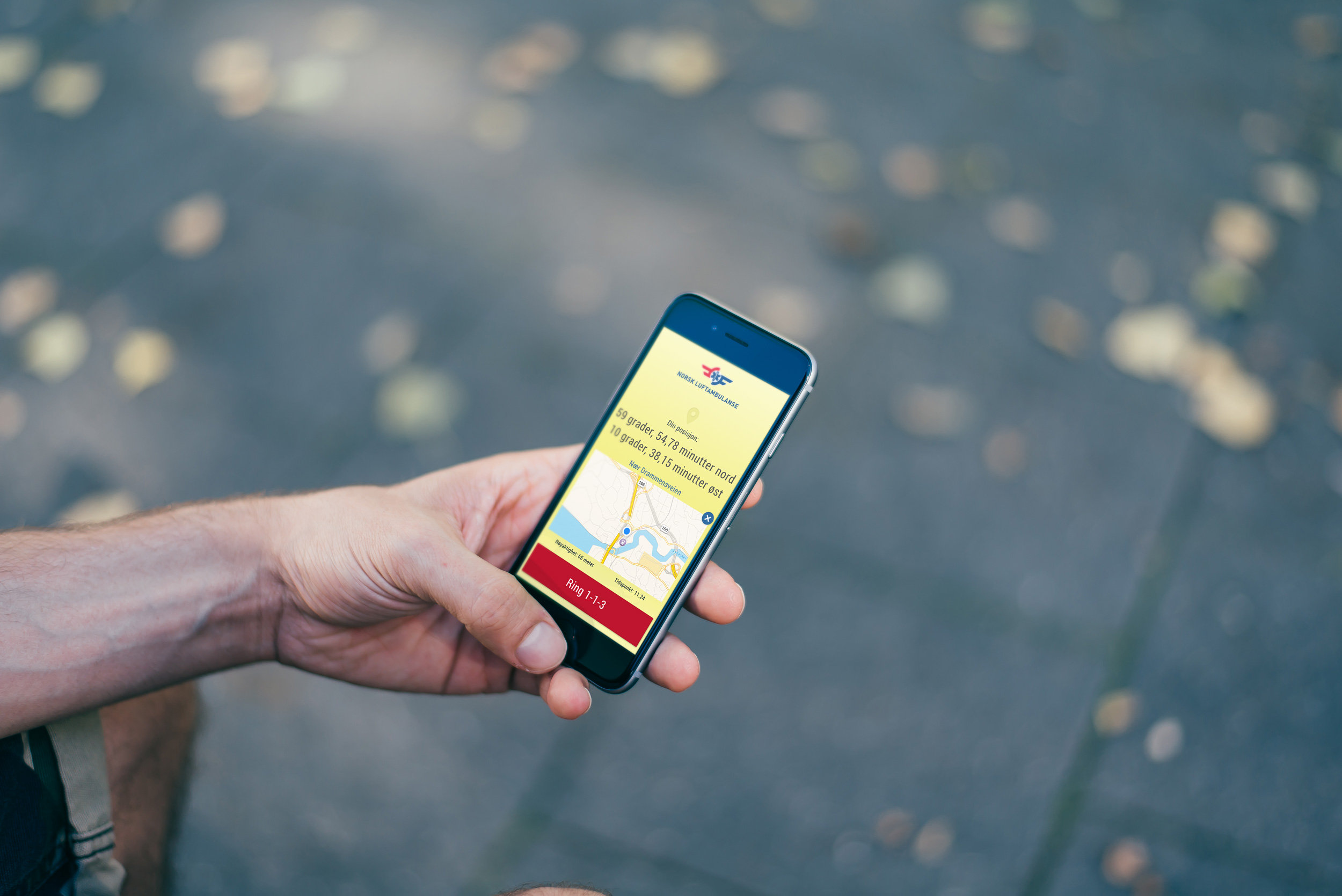 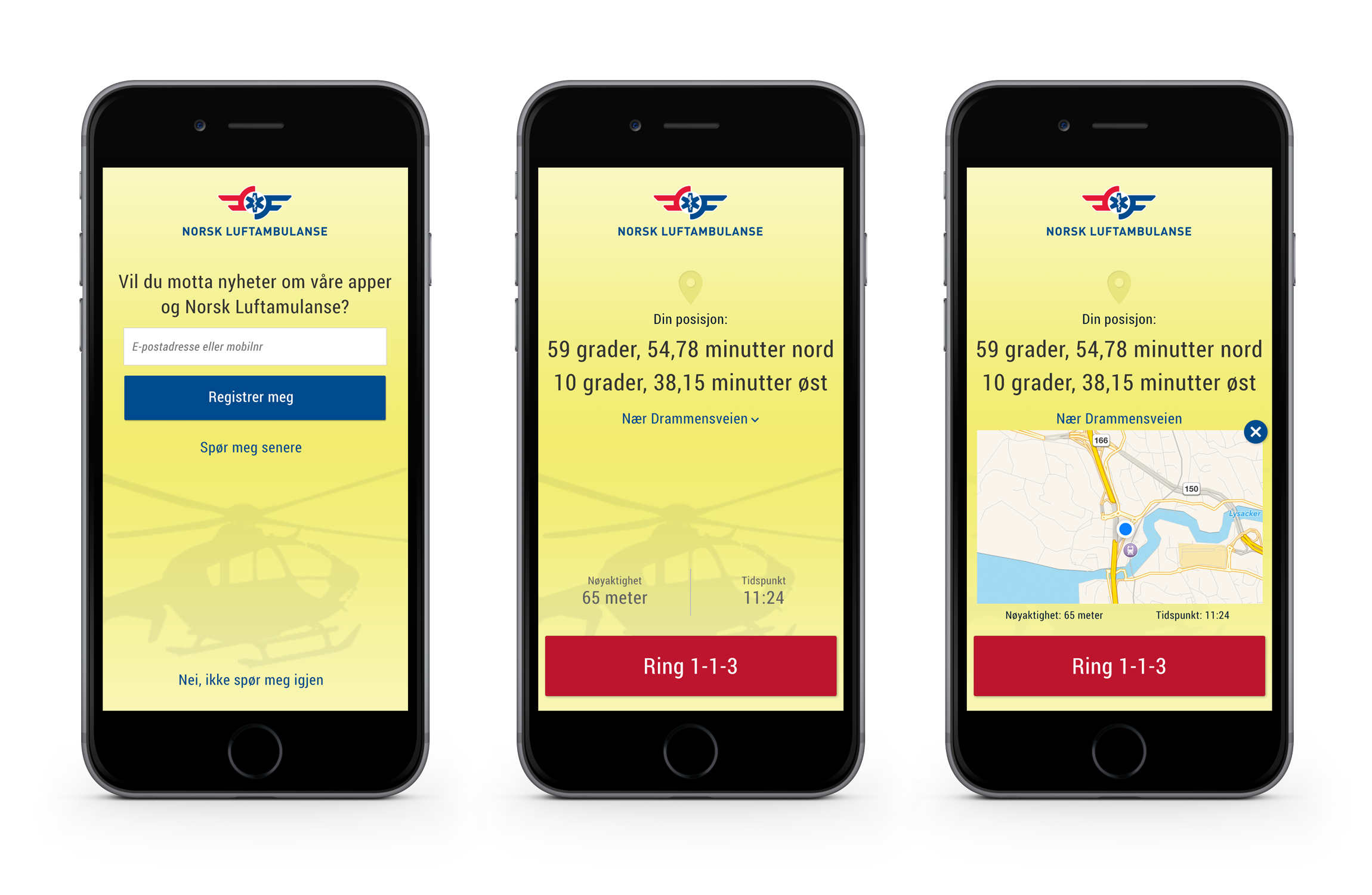